I’ve only ever practiced Wicca within the context of a coven. The attendance and practice of all the observances was a standard expectation, but also a pleasure to be looked forward to (sometimes with excitement, sometimes nervous anticipation!), especially to those of us experiencing our very first year. I rarely received an explanation in advance, and while that was uncomfortable, it also meant many wonderful surprises and memories, poignant moments of realization and awe.

I was taught simply that the mysteries of Wicca are revealed in the study and practice of the Wheel of the Year in its entirety. I didn’t give that instruction much more thought until I listened to series of “Pagan Perspectives” podcasts where different people share their approaches to their personal practice and described skipping sabbats that they didn’t relate to personally, or that didn’t match their climate.

Excluding some sabbats feels very wrong to me! Why?

Why do I have a knee-jerk negative reaction to the excuse “I don’t feel it” or “it just doesn’t make sense to me”?

How much does one’s local climate and vegetation matter? What does “nature religion” or “Earth worship” even mean?Would post-apocalyptic desolate-land Wicca exist? What would Wicca practice be like if I lived in a spaceship???

In contemplation of this, I came to some interesting personal conclusions:

1) A religion that is a system of worship is different than a mystery system.

2) Spiritual practice in a mystery system involves simultaneous honouring transcendent external deity and immanent internal divinity by recognizing and experiencing challenges that make you reconsider your view-point of the world and serve as transformative “initiations”.

3) The Wheel of the Year isn’t earth worship, but sun initiation. More precisely, it’s mysticism, identifying the cycles and relationships of the Goddess and God with the cycles of the earth and sun (and also, those cycles occurring within ourselves, or yes, even in space.)

It seems to me that most people are interested in Witchcraft and not Wicca, which is an important distinction. I’m ready writing this with people in mind who are interested in Wicca and may not recognise it as a layered, ceremonial and profound mystery tradition.

The Wheel of the Year is not about celebrating of the seasons in Traditional Wicca. Rather, the seasons are delightful manifestation of the cyclical life, death and rebirth of the Solar God, King and Servant. The seasons complement the purpose, but are not the point of the rituals themselves.

Can we practice earth worship without including sun worship? For most people – no. The fertility of the earth is mostly sun dependent. Each of the individual points upon the Earth’s surface receives almost a unique quantity and quality of light. The sun is intrinsically associated with identity and individuality. Fertility in the context of Wicca must not be thought only in terms of sex organs and procreation, but also fertility of mind and heart, and delightful abundance of all joys. Sexual fertility and flora growth are both manifestations of that special thing.

Being a sun is about shining for others. Being a strong individual is about being an example for others. It isn’t quite about us, what we want, what we feel like doing. That’s why I balk when people say “they don’t feel it.”

Wicca is a Mystery Tradition, and the practice of “sun worship” or “sun identification” is in recognition of that that deep self which is intrinsically one with the God, regardless of our chromosomes or gender identity. It is that self which is pure awareness, the observer, the lover, the fighter, the leader, the helper and the creator… The one who rules not through dominion, but through love and by setting the example.

It is important for us to practice all the sabbats, even if it a commitment for just one year Even if we don’t “feel it”, the day itself will impact us and and bring us more awareness of that solar power process. Wicca is an initiatory tradition, and even if we’ve had no lineaged initiations, even if we practice alone, the ancient seeds in this modern system will take root through its rituals.

I would go further to say we should all give a good hard look at the practices we like versus the ones we tend to put off, avoid, or even dislike. We often to stick to what we good at… to our own detriment.

It is common to “not feel like it”. I wish I could say that feeling goes away… Nope, not for me. Sometimes the inconvenience, the performance pressure gets to me. In those moments, don’t just do the ritual for yourself. Do it for others – do it in the name of people who aren’t as fortunate as you, who could use some help, some radiance and confidence. Do it for the people who might accidentally overhear you, for your neighborhood, for your community, that they may grow and be prosperous. Do it for the animals, plants and beings who don’t have the ability to do it themselves, that they may be a part of the greatness, majesty, the eternal returning Mysteries of the Sun. 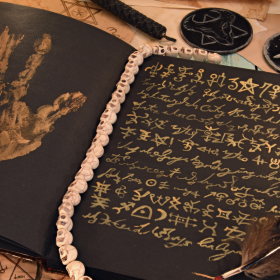 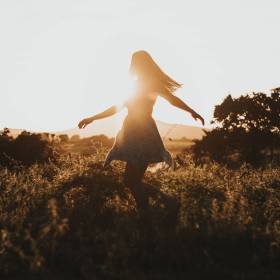