If you’ve been reading between the not so hidden lines, I’ve been thinking a lot about cultural appropriation and western esoteric traditions and ways to unyoke my practice from systems that seem problematic to me.

One of the areas that troubles me the most is the need to exoticize our magical languages by appropriating other cultural terms and words. To make that more concrete: in my own tradition, we rely heavily on Qabala (western esoteric take on Kabbalah), a Jewish informed mystical system. I know this is blatant appropriation but given how deeply embedded it is in western esotericism, I’m not sure how easy it is to remove it. Too much of Christianity is tied to Judaism (you could even argue that Christianity is appropriation…) and too much of our western occult traditions have come up through Christianity (even if we reject Christianity many of our practices and worldviews have been deeply informed by it).

Do I like this? No. But do I accept it? Yes. Most of what we have of the past, if we want to go back to a pre-Christian past, is read through a Christian framework. It is what it is.

Does that mean that I’m ok with using the Hebrew language in my practice given that I have no connection to Hebrew culture? No. The same can be said for Latin. Or even Sanskrit. Or Gaelic. Or even older forms of English

In fact, I kind of feel like using these languages magically is actually disrespectful because a part of the reason we are using them is not because we feel connected to them but rather because their foreignness makes them feel more special and magical. And if that isn’t the definition of exoticism, I don’t know what is.

So I am stepping outside of that current and striving to work in my language instead. But of course, I do want to keep an element of mystery to things. There is power if mystery and fascination. So I’m building my own power words using an English base.

How am I doing this? I’m fusing parts of words together to create a new word.

For example: if I want to banish something, I’m not going to just chant BANISH. I’m going to create a word that captures the various elements of the activity that I want to invoke.

When I banish, I want to invoke: Protection from all that would harm me; banishing of what needs to be banished; and the idea of being embraced by the Divine in order to prevent any other forces from harming me.

PROTISHEM: It’s different enough from the source for me to find it mysterious and magical, but close enough that I know exactly what I am calling forth. It’s simple and not totally reinventing the wheel, but it’s mine and it works for me. In fact, the more I use them, the more I find the words take on a depth based on my own UPG. I’m actually curious to see how such a practice would translate in group work and how long it would take for a group to imbue them with enough power that they hold their own charge. 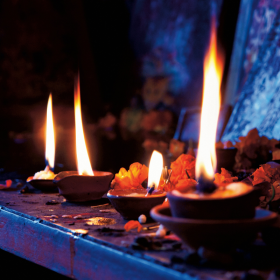 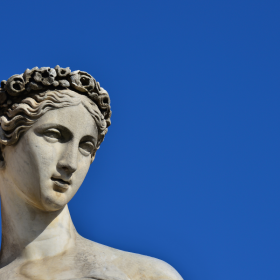 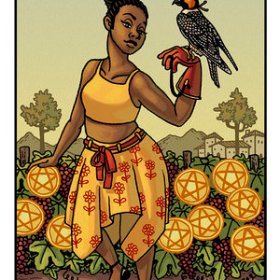 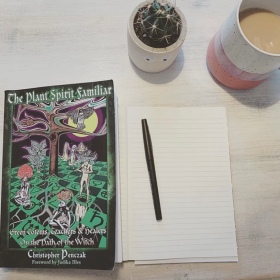